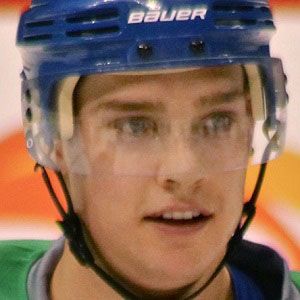 NHL left winger who was drafted 51st overall by the Vancouver Canucks in 2005.

He was a standout player in the Western Collegiate Hockey Association, earning All-Rookie honours in 2006.

His third year in the NHL became his breakout season, as he tallied 25 goals and 28 assists in the regular season.

In a 2011 Stanley Cup Finals game, Johnny Boychuk of the Boston Bruins checked him into the boards, causing Raymond to suffer a broken vertebra; but the hit was considered clean.

Mason Raymond Is A Member Of