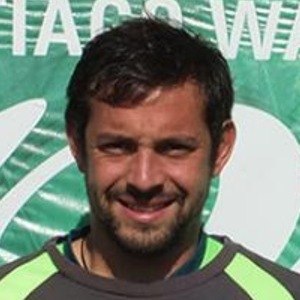 Uruguayan midfielder who is famous for his international club career, including for Universidad Católica in Chile's Primavera Division between 2011-2016. He signed with Atletico Junior in 2017 to contribute to their attack.

He began his professional soccer career in 2007. He first played as a member of Rentistas.

He helped lead Atletico Junior to the Copa Colombia championship in 2017. He had subsequently frequently contributed to Universidad Católica's Cope Chile-winning squad in 2011.

He was originally born and raised in Montevideo, Uruguay.

He and Teofilo Gutierrez have played as teammates for Atletico Junior.

Matías Mier Is A Member Of