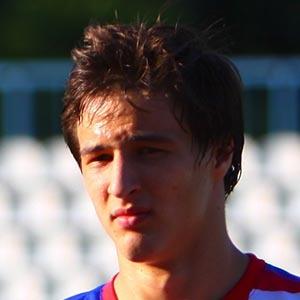 Croatian professional football player who is known for his work as a centre back for several clubs including Club Brugge, Besiktas, and Rijeka. He is also known for having played with several of Croatia's national teams.

He was born and raised in Pozega, Croatia and shared a photo with his girlfriend Anita Majstorovic through Instagram in April of 2018.

Other players known for their work with Croatia's national team include Slaven Bilic and Niko Kranjcar.

Matej Mitrović Is A Member Of