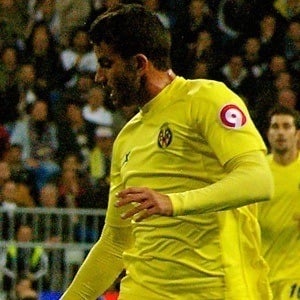 Argentine center back who is widely known for his career with the La Liga Villareal CF club. He debuted for the club in 2010, and participated in the 2016-17 UEFA Champions League playoff round.

He made his national senior team debut for his home country of Argentina in 2011. He was part of the 2014 squad that finished as runners-up in Brazil.

He was born and raised in Rosario, Argentina.

He has played defense for Villareal in La Liga alongside Daniela Bonera.

Mateo Musacchio Is A Member Of