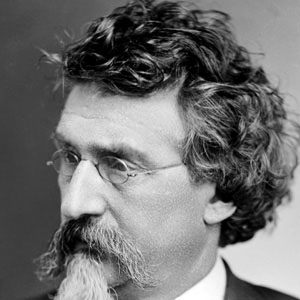 Famous for his portraits of celebrities and his coverage of the American Civil War, he earned the title "The Father of Photojournalism."

He met and became the apprentice of painter William Paige when he was 16.

He sold small portraits of sons going off to war to their parents after posting an ad in the New York Daily Tribune with the phrase, "You cannot tell how soon it may be too late."

His Irish immigrant parents raised him with his two older siblings in Warren County, New York in the 1820s.

He photographed all but one of the 19 presidents whose administrations served America between John Quincy Adams and William McKinley.

Mathew Brady Is A Member Of