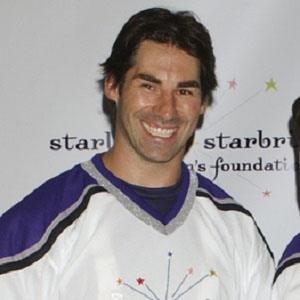 American defenceman who played in more than 1,200 NHL games with 10 different teams, including the Montreal Canadiens, with whom he won the Stanley Cup in 1993. He was selected to two NHL All-Star Games during his career and won the World Cup of Hockey with Team USA in 1996.

He was inducted into the International Jewish Sports Hall of Fame in 2014.

He married a woman named Shannon in 1999. He has children named Mathieu, Jordan, Christian, Ella, Micah and Abigail.

He won the 1993 Stanley Cup Final alongside goaltender Patrick Roy.

Mathieu Schneider Is A Member Of