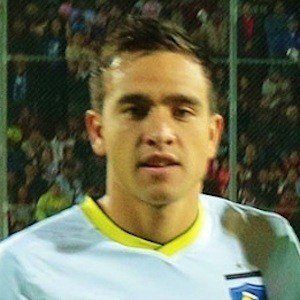 Defender who joined joined Colo-Colo in 2016. He played in the Copa Chile that same year. He has 190,000 followers on his matizaldivia Instagram account.

He spent his youth career playing with Chacarita Juniors from 2010 to 2012.

His mom is named Cristina.

He and Sergio Agüero are both soccer players from Argentina.

Matías Zaldivia Is A Member Of