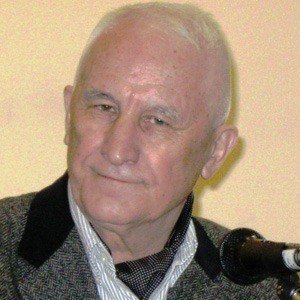 Serbian poet and author known for Permanent Tragedy, When I'm Younger, and other works. His work is known for its use of Serbian colloquial speech.

He published his first poem while he was a student at the Valjevo Gymnasium; later, he attended the University of Belgrade.

He became a member of the Serbian Academy of Sciences and Arts in 1991.

He wed Vera Pavladoljska, to whom he dedicated a 1960 poem.

He and fellow poet Ivan Lalic were both born in Serbia.

Matija Beckovic Is A Member Of