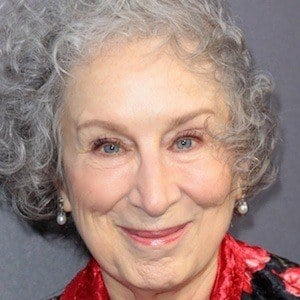 A Canadian poet and novelist known for her bleak, dystopian work, The Handmaid's Tale, she was shortlisted for the Booker Prize five times. Her other well-known works include Cat's Eye, Oryx and Crake, and Surfacing.

She was awarded a Guggenheim fellowship.

She won the Arthur C. Clarke award for her novel The Handmaid's Tale.

Margaret Atwood Is A Member Of