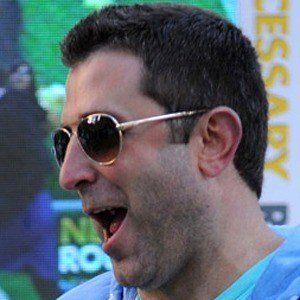 Widely known as an executive producer and host on CBS Chicago's AM 670 The Score station. He has served as an overseeing producer for the hugely popular Boers and Bernstein talk show before leaving in May 2017.

He graduated from The Moody Bible Institute in 1996 with his B.A. in communications. He would later earn his broadcasting diploma from the Illinois Center for Broadcasting.

He announced in May 2017 that he would be founding his own AFDE Show talk radio hour in July 2017.

In April 2017, he appeared as a guest on Scott Ferrall's nationally syndicated sports radio show Ferrall on the Bench to provide Chicago sports commentary.

Matt Abbatacola Is A Member Of