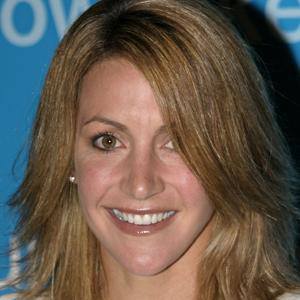 An Olympic swimming champion and sports reporter, became host of the television series, NBA Inside Stuff.

She won four Olympic medals in the 1992 summer games in Barcelona, Spain.

She appeared on Good Morning America and Rachel Ray as a general correspondent and worked as a commentator for CBS Sports.

She married World Cup skier Erik Schlopy in July 2005 and the couple had a daughter and a son together.

She appeared on Celebrity Apprentice alongside rocker Bret Michaels.

Summer Sanders Is A Member Of