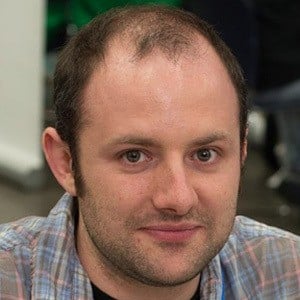 Cartoonist best known as the creator of the popular online cartoon website The Nib, which he founded in 2013. He previously served as the comics journalism editor for Cartoon Movement.

He attended Art Institute of Pittsburgh, where he drew cartoons for the school newspaper. His work became syndicated by Universal Features when he was 23, making him the youngest syndicated cartoonist in the U.S.

In 2012, he became the first alt-weekly cartoonist to win the Herblock Prize for Excellence in Cartooning.

He and Gemma Correll have both drawn for The Nib.

Matt Bors Is A Member Of