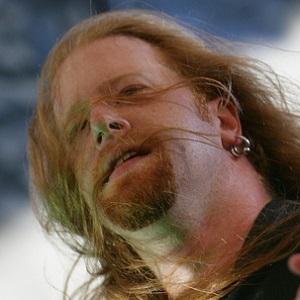 Best known for his work with the heavy metal bands Fear Factory and Chimaira, this bassist and rhythm guitarist also contributed to the Roadrunner United project and toured with the Florida-based death metal band Six Feet Under.

His early albums with Chimaira include The Impossibility of Reason and The Dehumanizing Process.

In 2014, he toured with the Massachusetts-based metal band Unearth.

He was born and raised in Cleveland, Ohio, where, in his late teens, he played with a band called Ascension.

On the Roadrunner United project's All Star Sessions album, he contributed to several tracks written by Slipknot drummer Joey Jordison.

Matt Devries Is A Member Of