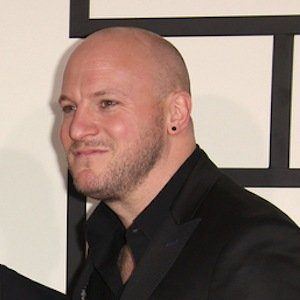 American musician who is best known for his work playing bass for the band Building 429. He is also known for producing his own music and a variety of other solo projects.

With a passion for music early on, he helped form the band Building 429 in Fayetteville, North Carolina in 1999. They soon became known for their Christian rock influence and were signed to Essential Records.

He has won several awards as part of the band including the 2005 Dove Award for best New Artist of the Year.

He was born and raised in Kentucky. He married Tara Branch and can be seen with their children together on his Instagram account.

Part of Building 429, he has performed alongside Britt Nicole, Lanae' Hale, and Francesca Battistelli.

Aaron Branch Is A Member Of