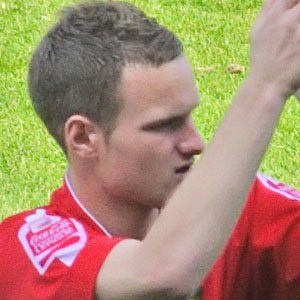 English winger who debuted professionally for the Conference National Wrexham F.C. in 2005. He went on to play for Rochdale in 2013 after spending two years with Barnsley.

He attended Marches School and Technology College in England.

His first professional goal came against Grimsby Town in 2006.

He grew up with his family in Oswestry, England.

He came from the same hometown as former television presenter Frank Bough.

Matt Done Is A Member Of