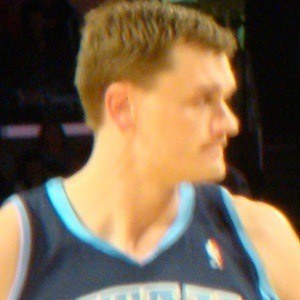 Former NBA small forward known for his time with the Utah Jazz, whom he played for from 2002 to 2009. He then became an announcer for the team's television broadcasts.

He was a three-time first-team All-ACC selection at Georgia Tech, earning third-team All-American honors in 1998.

His number 15 jersey has been retired by his alma mater.

He has five children with his wife Amanda.

He was teammates with Andrei Kirilenko during his time with the Jazz.

Matt Harpring Is A Member Of