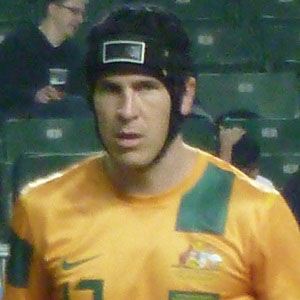 Australian soccer player who led the Brisbane Roar to their first-ever A-League Championship and Premiership in 2011. He has also been a key player on the Australian national team, leading the team to victory at the 2015 AFC Asian Cup.

He was born in Brisbane, Queensland and played for the Brisbane Grammar School's First XI.

He played alongside Australian winger Tommy Oar at the 2014 FIFA World Cup.

Matt McKay Is A Member Of