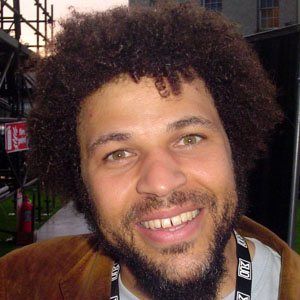 Drummer who has worked as a touring and session musician for artists like Beck and Tracie Spencer. In 2007, he became the full-time drummer for Crowded House following the death of their previous drummer.

He began playing drums at age nine and drummed for the funk-rock band Follow For Now in the early 90's.

He was hired into Crowded House based partly on the fact that he was unfamiliar with the band's music, which they felt would bring a new energy to the group.

He wrote music for Tracie Spencer with his brother, Paul Sherrod.

He replaced the late drummer Paul Hester in Crowded House in 2007.

Matt Sherrod Is A Member Of