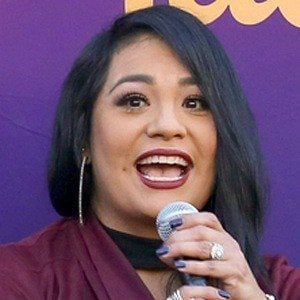 Best known as the sister of the late latin superstar Selena Quintanilla, who also played drums for her band, Selena y Los Dinos. Selena y Los Dinos released more than half a dozen albums and won many awards before her tragic death in 1995.

Selena y Los Dinos began was formed by her sister at age nine. They kickstarted their career at parties and family gatherings before opening the family restaurant.

In 2005, she and the rest of the surviving members of Selena y Los Dinos played a tribute concert that became the highest rated Spanish-language TV special of the time.

Her parents are Abraham Quintanilla Jr. and Marcella Samora. She has a brother named A.B. Quintanilla III who is a music producer. In 1993 she married Bill Arriaga and they have a son named Jovan.

Her sister Selena was played by superstar Jennifer Lopez in the film biopic Selena.

Suzette Quintanilla Is A Member Of