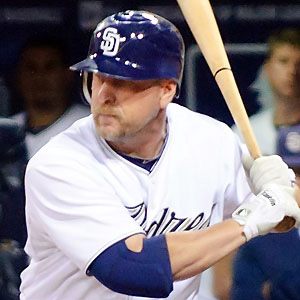 MLB first baseman and outfielder who retired in 2011 after a 20-year career in which he set the record for the most pinch-hit home runs in league history.

He represented Canada as a member of their baseball team in the 1988 Summer Olympics.

He once drove in six runs in the same inning.

He had three daughters with his wife Lisa.

He became one of only three Canadians to hit at least 200 home runs in the majors along with All-Star outfielder Larry Walker.

Matt Stairs Is A Member Of