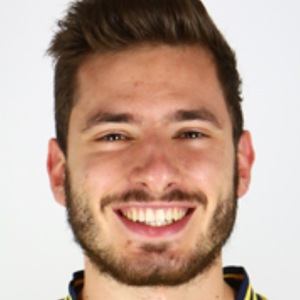 Middle blocker who joined the Italian men's team in 2013 and Revivre Milano in 2017. He was named Best Middle Blocker at the 2017 FIVB World Grand Champions Cup.

He won the silver medal at the European Championship 2013 and the bronze medal at World League in 2013 and 2014.

He posted a photo of him and his grandmother to Instagram in December 2017.

He and Caterina Bosetti are both volleyball players who have played for the Italian national team.

Matteo Piano Is A Member Of