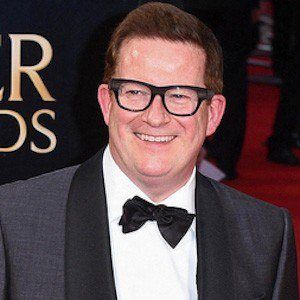 English choreographer who has received multiple awards for his work including the Laurence Olivier Award, a Tony Award, and a Drama Desk Award.

He worked as a BBC filing clerk and an usher at The National Theatre. He also directed amateur Dance Companies while he was a teenager.

He presented the Channel 4 documentary Bourne to Dance in 2001.

He grew up with family in Hackney, England.

He has collaborated with many directors for various projects, including Trevor Nunn.

Matthew Bourne Is A Member Of