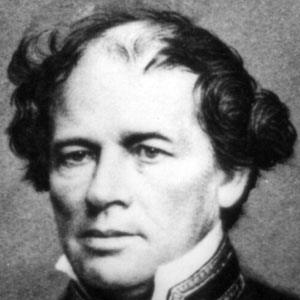 Oceanographer who was the first to theorize about the Northwest Passage, a sea route through the Arctic Ocean, along the northern coast of North America. He was the Superintendent of the U.S. Naval Observatory until he resigned and joined the Confederacy at the outbreak of the Civil War.

He joined the United States Navy as a midshipman on board the frigate USS Brandywine in 1825, when he was only 19 years old, and rose the ranks for thirty-five years.

He was called 'Scientist of the Sea' due to the success of his 1855 book The Physical Geography of the Sea, which was the first comprehensive book on oceanography to be published.

He had several children, his son was the only one present during his death.

He conversed with John Quincy Adams on his research.

Matthew Fontaine Maury Is A Member Of