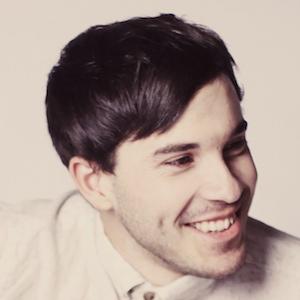 Singer-songwriter whose debut album entitled The Home We Built peaked at the top of the iTunes chart upon its release. The album was also named the iTunes Editors Chocie "Best of 2013" Album of the Year.

He formed an electro-pop duo with his best friend in college as a hobby and to experiment with electronics. Later he started playing solo shows with an acoustic guitar, drum, synths, and electronic equipment.

His main musical influences include Jonsi, The Freelance Whales, and Gold Panda.

His dad offered to teach him basic chords when he was given his first guitar at the age of 11.

He supported Bastille, fronted by Dan Smith, on their Johannesburg show in South Africa.

Matthew Mole Is A Member Of