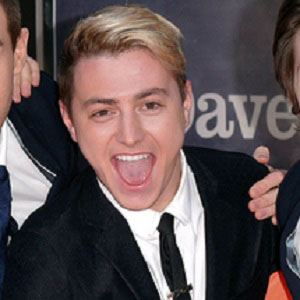 One-fourth of the English boy band Collabro that would go on to win the 8th series of Britain's Got Talent in 2014. They released a debut album called Stars in 2014 that debuted at #1 in the UK.

He was working as a kitchen salesman at the time of his Britain's Got Talent audition with Collabro.

Their album Stars also charted in the Netherlands, Ireland, New Zealand and Scotland, with a top 10 charting position for the latter three countries.

He was raised in Carlisle, Cumbria, England.

He has performed alongside Michael Auger, Jamie Lambert, Richard Hadfield and Thomas Redgrave in Collabro.

Matthew Pagan Is A Member Of