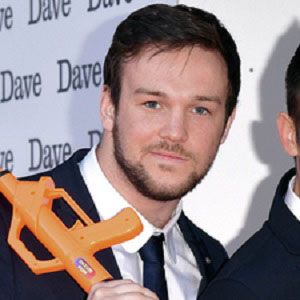 Formerly one-fifth of the English boy band Collabro that would go on to win the 8th series of Britain's Got Talent in 2014. They released a debut album called Stars in 2014 that debuted at #1 in the UK.

He would busk during school holidays away from Hurstpierpoint College to help play school fees.

He was working as a labourer at the time of Collabro's Britain's Got Talent audition.

He resides in Portslade, England.

Richard Hadfield Is A Member Of