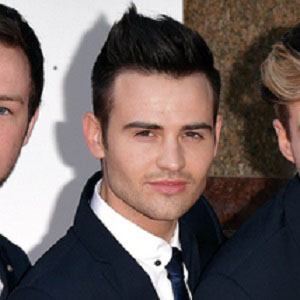 One-fourth of the English boy band Collabro, which went on to win the eighth series of Britain's Got Talent in 2014. They released a debut album called Stars in 2014 that debuted at #1 in the UK.

He was attending Churcher's College before studying math, chemistry, biology and geography at Alton College. He later studied accounting and finance at the University of Bath.

He was working at a petrol station at the time of Collabro's Britain's Got Talent audition.

Alesha Dixon was one of the judges he performed in front of on Britain's Got Talent. The rest of the boy band has been comprised of Richard Hadfield, Jamie Lambert, Matt Pagan and Thomas Redgrave.

Michael Auger Is A Member Of