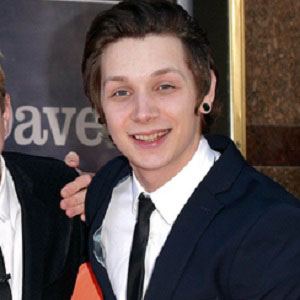 Pop singer best known as one-fourth of the English boy band Collabro, which went on to win the eighth series of Britain's Got Talent in 2014. They released a debut album called Stars in 2014 that debuted at #1 in the UK.

He was a member of the St James' Choir for seven years as well as a part of the Louth Playgoers Group. He studied at Monks' Dyke Tennyson College.

He was working in a Japanese restaurant at the time of his Britain's Got Talent audition with Collabro.

He was born Thomas Leak in Grimsby, England and raised in Saltfleetby, England.

He has performed alongside Michael Auger, Jamie Lambert, Matt Pagan and Richard Hadfield in Collabro.

Thomas Redgrave Is A Member Of