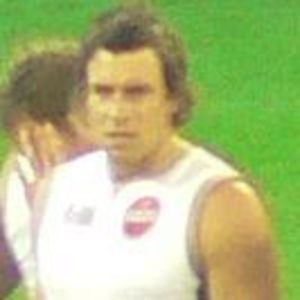 Former Australian rules football forward who played for Richmond from 1993-2009 and led the club in goalkicking for 13 seasons. He was a 3-time All-Australian Team selection and was inducted into the Australian Football Hall of Fame.

He studied at St. Brendan-Shaw and Don Colleges in Devonport, Tasmania.

He was named a member of the Tasmanian Team of the Century.

His father was Australian rules footballer Alan Richardson and his mother's name is Jo. He has been in a relationship with Genevieve Holliday who gave birth to their daughter Zoey in 2017.

Alex Rance and Tom Roach are other Aussie rules football stars who had success with Richmond.

Matthew Richardson Is A Member Of