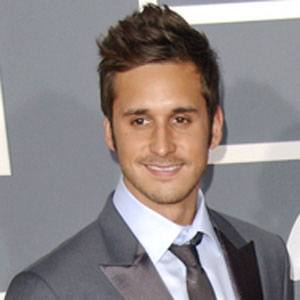 Folk singer from Minneapolis best known for his appearance on the 2007 Lupe Fiasco song 'Superstar'. He has released several solo albums, including 2012's 'Quickly Disappearing'.

He was a Music Composition student at Columbia College in Chicago before releasing his debut album, "Matters of the Bittersweet", in 2007.

He made his late-night TV debut on The Late Show with David Letterman, on an episode which happened to be the first since the infamous Writers Guild of America strike of 2007.

His mother is of Danish descent, while his father is of Spanish and Filipino descent.

He joined Lupe Fiasco on the rapper's 2008 world tour after being featured prominently on the album "Food & Liquor".

Matthew Santos Is A Member Of