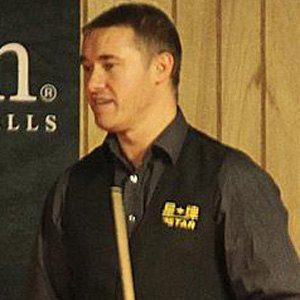 After two years of playing snooker, he won a local tournament at the age of foureen.

At twenty-one, he became the youngest ever snooker World Champion.

He was born in Queensferry, part of the City of Edinburgh, Scotland; Broadway star Nicol Williamson was born in Hamilton, a town in west-central Scotland.

Stephen Hendry Is A Member Of