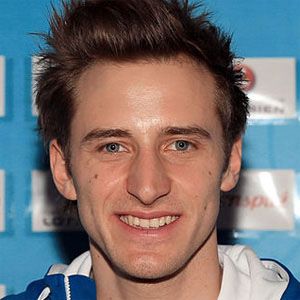 Alpine ski racer who won a gold medal in the downhill event at the 2014 Olympics in Sochi.

He won a silver medal at the 2008 Junior World Ski Championships.

He is a successful World Cup racer, and debuted in 2009.

His father, Helmut Mayer, was also an Olympic medalist in skiing.

He belongs to an elite list of Olympic downhill ski gold medalists, which includes Tommy Moe.

Matthias Mayer Is A Member Of