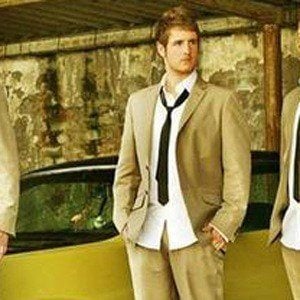 German producer who has found great popularity in Europe as one third of the dance music project ItaloBrothers, who took off 2009 with the release of the smash dancefloor hit "Stamp On The Ground." He and the band have found additional success with top 10 hits like "Springfield" and "Summer Air."

He has lived in Stuttgart, Germany and Bucharest, Romania. He began making music with Zacharias Adrian and Kristian Sandberg in 2003.

He has a tattoo on his left arm containing the geographical coordinates of his childhood home.

He was born in Nordhorn, Germany.

He collaborated with Dj Martin Tungevaag on the song "Springfield."

Matthias Metten Is A Member Of