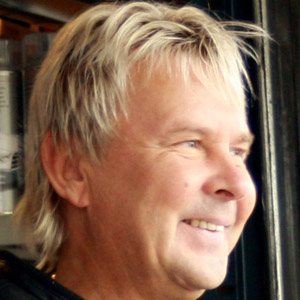 Considered one of the greatest male ski jumpers of all time; he won five Olympic and nine World Championship medals, but tarnished his reputation with his violent behavior.

He won three gold medals in the Calgary Winter Olympics in 1988, tied for the most of any athlete in the competition.

Known to be a heavy drinker, he was convicted in a stabbing case in 2004, serving over 2 years in jail for it, and was sent back to jail again in 2009 after assaulting his wife.

He had a tempestuous relationship with heiress Mervi Tapola, the couple divorcing in 2003 and remarrying again just a year later. He had two children: Sami and Eveliina.

Janne Ahonen was another, much less colorful Finnish Olympic athlete.

Matti Nykanen Is A Member Of