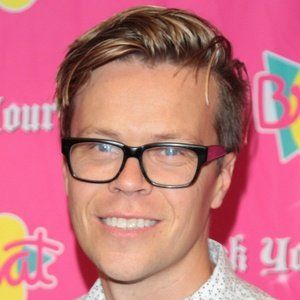 Musician who works alongside Joshua David Evans. He has a Matt Slays YouTube channel where he posts music of his own, but he also works as a lyricist, songwriter and music producer. His full name is Matt Yoakum.

He attended Western Oregon University from 2000 to 2004 and began working in sales for Hilton Hotels in February of 2003. He worked with them for almost six years.

He has amassed over 6 million subscribers to his YouTube channel. He has directed a number of shorts and web episodes in addition to being an editor, composer, cinematographer and more.

He married fellow YouTuber Rebecca Zamolo in May 2014. Their daughter Zadie Hope was born in March 2022.

He uploaded a popular video called "Michael Jackson Mash-up (Love Never Felt So Good / Man in the Mirror)" to his channel. He collaborated with Joshua David Evans on the video.

Matt Slays Is A Member Of