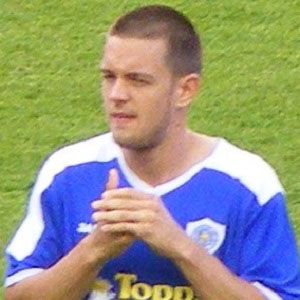 English striker best known as a member of Walsall, Leicester City and Hull City. He was named League One Player of the Year for the 2008-09 season while playing for Leicester City.

He came up through the youth system of Walsall before making his senior debut with the club in 2003.

In 2008, he became the first player in 83 years to score back-to-back hat tricks.

He has been teammates with defender Danny Collins at Nottingham Forest.

Matty Fryatt Is A Member Of