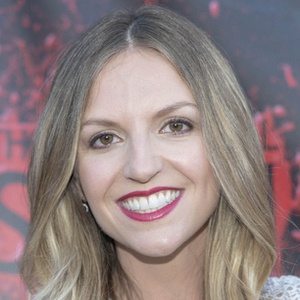 English actress known for playing Kat Ashley on the historical drama, The Tudors, and for playing Helga on the History Channel series Vikings.

One of Hirst's earliest roles was as Sophie in 2008's Cash and Curry, a comedy about a crime gone wrong.

On Vikings, her character Helga is known for her romance with boat builder and trickster Floki.

She is the daughter of English television producer Michael Hirst, creator of Vikings. Her sister Georgia Hirst has also acted on Vikings.

Her Vikings co-star Donal Logue appears on the smash hit FOX show Gotham, telling the origin of the superhero Batman.

Maude Hirst Is A Member Of