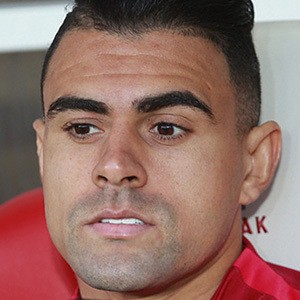 Brazilian soccer player who's known for playing as a central defender for the Polish club, Legia Warsaw. He also played for Russian Premier League, Spartak Moscow.

He started his career by joining Sociedade Esportiva Palmeiras in 2003.

He has a daughter named Luiza with his partner Nicole Magrin.

Both he and Jakub Rzezniczak played for Legia Warsaw.

Maurício dos Santos Nascimento Is A Member Of