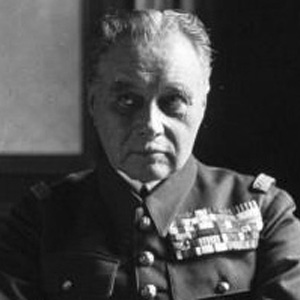 Army general who served as Commander-in-Chief of the French Armed Forces during World War II.

He was in charge of the French Army's military objectives in Brazil.

He was defeated by German troops in the Battle of France.

His father was a war veteran who had fought in the Battle of Solferino.

He was defeated by Adolf Hitler 's Axis troops in 1940. As a result, Paris fell under Nazi control.

Maurice Gamelin Is A Member Of