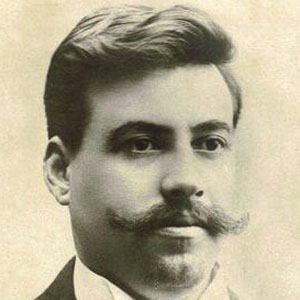 Remembered as one of the key figures in the Internal Macedonian Revolutionary Organization of the late 19th and early 20th centuries, he was named a national hero in both Macedonia and Bulgaria. At the age of thirty-one, he was killed by Ottoman troops.

While working as a schoolteacher in Štip, he became acquainted with revolutionary Dame Gruev, who recruited him to the Bulgarian Macedonian-Adrianople Revolutionary Committees.

In the year leading up to his death, he headed the BMARC's military training program.

He grew up with many siblings in Kukush, Ottoman Empire (located in present-day Greece).

He and Hristo Uzunov were both revolutionaries in the late 19th and early 20th-century fight for independence from the Ottoman Empire.

Gotse Delchev Is A Member Of