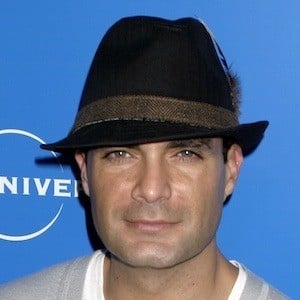 Mexican TV actor whose credits include the movie Entrenando a mi papa and the telenovela Perseguidos.

His first ever job was the role of Alfredo in the show Magica juventud in 1992.

He appeared on the cover of WHO! Magazine in March 2017.

He has two children. One with his former wife, Patricia Villasana and one with Palmoba Quezada.

His first starring role was in Preciosa, alongside Iran Castillo in 1998.

Mauricio Islas Is A Member Of