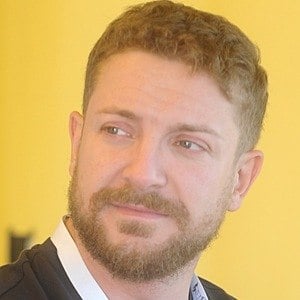 Italian voice actor who has voiced characters in cartoons, anime, films, and video games. He has dubbed characters in the Italian-language version of TV shows such as Naruto: Shippuden, Dragon Ball Super, and Victorious.

He was trained at the Centro Teatro Attivo in Milan.

He has acted and producer episodes of the web series Cotto e Frullato.

He has dated model and cosplayer Ambra Pazzani.

He dubbed Travis Fimmel's character, Ragnar, in the Italian version of Vikings.

Maurizio Merluzzo Is A Member Of