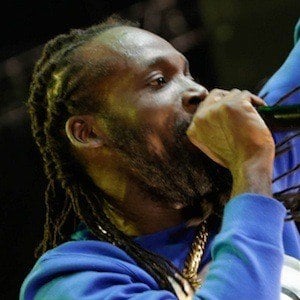 Born David Constantine Brooks, he rose to fame for his singles, "Dying" and "Weh Dem A Do," which aired on radio stations across the globe. In 2008 he received the UK MOBO Award for Best Reggae Act.

He grew up in a ghetto called Cuban in Kingston, Jamaica.

He has released an array of albums, including Gangsta for Life: The Symphony of David Brooks, Want War, and Mr. Brooks...A Better Tomorrow.

He married Monique McKenzie in 2012. Together they have four children.

Mavado Is A Member Of