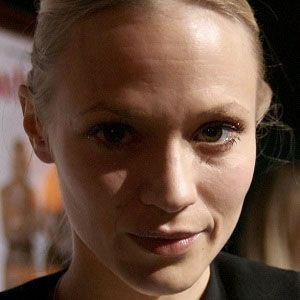 German-Austrian actress who won a Golden Romy award in the Most favoured female newcomer category in 2001.

She went to acting school before making her on-camera debut in the television series Nur fur eine Nacht.

She was ranked third in the German edition of FHM magazine's list of the 100 Sexiest Women in The World in 2004.

She married German actor Michael Maertens in 2006 and they have a son and daughter.

She was ranked just behind Britney Spears in the German edition of FHM magazine's 100 Sexiest Women in The World list.

Mavie Horbiger Is A Member Of