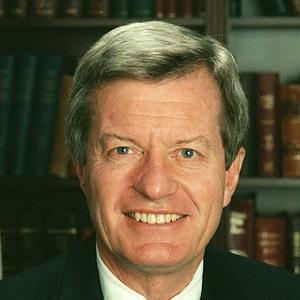 Democratic Senator from Montana from 1978 to 2014 who is the states's longest-serving U.S. senator. In 2014 he was tapped by the Obama administration to the the US Ambassador to China.

He earned both his undergraduate and law degree from Stanford before spending three years as a lawyer at the Securities and Exchange Commission in Washington, D.C.

An avid hunter, he was the only Democrat to vote against an amendment that sought to regulate the sale of firearms at gun shows in 1999.

He has one son, named Zeno.

Max Baucus Is A Member Of