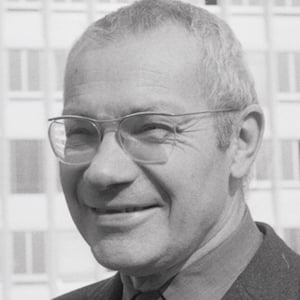 Swiss painter, architect, and influential graphic designer. He also worked as a typeface designer and an industrial designer.

He began working as a silver craftsman at age sixteen, apprenticing from 1924 until 1927. He studied from 1927 until 1929 at the Bauhaus in Dessau with Wassily Kandinsky, Paul Klee, and Oskar Schlemmer.

His sculptures were featured in museums in the United States, Brazil, and Japan.

He was married to cellist and photographer Binia Spoerri until her death in 1988. He married his second wife, Angela Thomas, in 1991. His son Jakob honored his memory in 1996 by establishing the Max Bill Foundation.

He and Le Corbusier were both influential Swiss architects.

Max Bill Is A Member Of