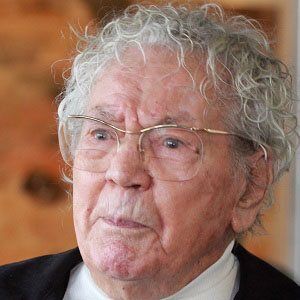 Remembered for creating graphic art for Switzerland's Red Cross and for Swiss postage stamps, Erni is also known for a mural titled Switzerland: Vacation Land of the People.

At the start of his art career, he studied in Paris and won a prize presented by the renowned Academie Julian.

He lived to the astonishing age of one-hundred-and-six.

He and his seven siblings grew up in Lucerne, Switzerland. His marriage to Gertrud Bohnert resulted in a daughter named Simone Fornara Ernie; he and his second wife, Doris, raised three more children.

He was a contemporary of fellow Swiss artist Erik Olson.

Hans Erni Is A Member Of