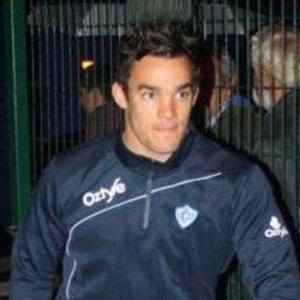 Rugby union player who is recognized for having played the centre and wing positions for Scotland's national team. He also played for France's Castres Olympique team from 2011 to 2015.

He competed on the tenth season of Dancing on Ice.

He was in a relationship with model Lauren Jamieson.

Both he and Scott Lawson have played for Scotland's national team.

Max Evans Is A Member Of