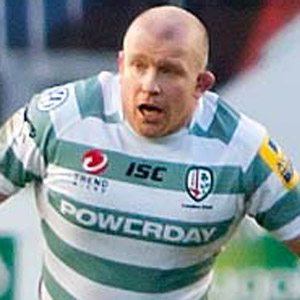 Rugby union hooker for teams like the Sale Sharks and the London Irish. He was selected to represent Scotland in the 2007 and 2011 Rugby World Cup.

He played amateur rugby with Biggar RFC before making his club debut with the Glasgow Warriors in 2004.

He signed with the Newcastle Falcons after their reinstatement into the Aviva Premiership in 2013/2014.

He has sons named Quinlan and Fran Innes.

He was coached by Andy Robinson during the 2011 Rugby World Cup.

Scott Lawson Is A Member Of