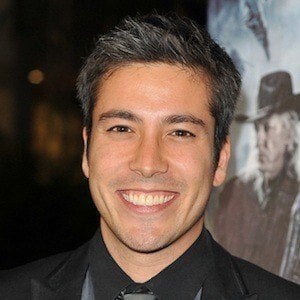 TV show host and actor who has hosted for VIVA and MTV. He also starred in the 2007 film Breakout. He has 40,000 followers on his max_loong Instagram account.

He beat his way passed 400 competitors to become VIVA Schweiz host when he was 20.

He was named Elle Breakout Star of The Year 2007. He was also named one of the top 100 most important and influential Swiss personalities that same year by Schweizer Illustrierte.

His mother was Swiss and his father was Chinese-Malaysian.

He has interviewed Britney Spears, Mariah Carey, and Usher.

Max Loong Is A Member Of